A wife goes out for a night with the girls, telling her husband she’ll be home around midnight.

Midnight passes by, drinks are flowing, the girls are laughing and having a great time. At around 2:45 in the morning, drunk as hell, she finally gets a cab and makes her way back home.

She gets to the front door and ever-so-gently nudges it open, not making a sound. She takes her shoes off, again not making a sound. Knowing her husband will give her hell for coming home so late and drunk, she’s quite proud of herself for being so stealthy.

Just then, the cuckoo clock in the hallway goes off, cuckooing 3 times. Realizing he might wake up, she decides to cuckoo another 9 times. She smiles to herself, proud that she’d come up with such a clever solution on the spot. He’d never know the difference!

That next morning during breakfast the husband looked at his wife, obviously hungover, and asked, “So… what time did you get in last night?”

“Oh, right around midnight,” she replied. The husband didn’t seem disturbed at all, her plan had worked!

“Because last night the one we have cuckooed 3 times, then said ‘oh shit,’ cuckooed 4 more times, cleared its throat, cuckooed another 3 times, giggled, then tripped over the coffee table and farted.”

Website: reddit.com, A wife comes home after a night out with the girls

Paul Hogan is a legend of Australian Television Comedy, In this video along with Delvene Delany they are giving some good advice for any prospective men and woman in the dating scene.

The Australian Federal Election is now less than a week away, An Independent Candidate for the electorate of Wannon in Victoria, Alex Dyson has launched his campaign via an Interpretive Dance Display outlining his policies. It’s well worth the minute to watch.

Seats are a lot easier to get at Ikea

Seems that a few former and aspiring politicians should’ve gone to Ikea. The seats are less expensive and in Bill’s case, he probably needs to have a sit down for a while, whilst Clive tried his best to buy the most expensive seat in Australia, yet it would appear he may have visions of getting that money back. 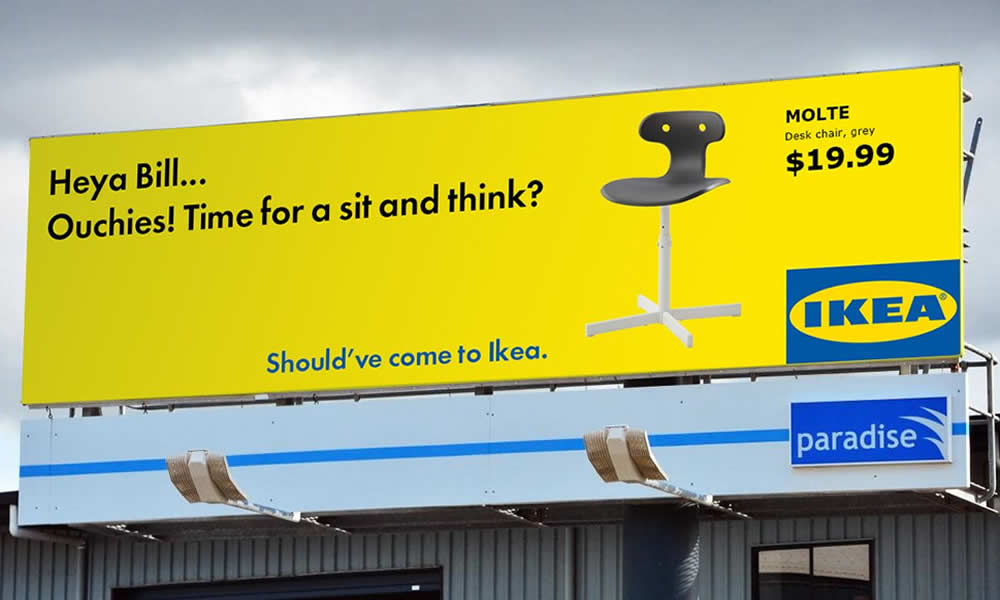 Fairytale of New York by The Pogues and Kirsty MacColl

The Most Damn Parrot in the World

The 12 Days of Christmas – A Tale of Avian Misery